Way More Than A Week In Tok 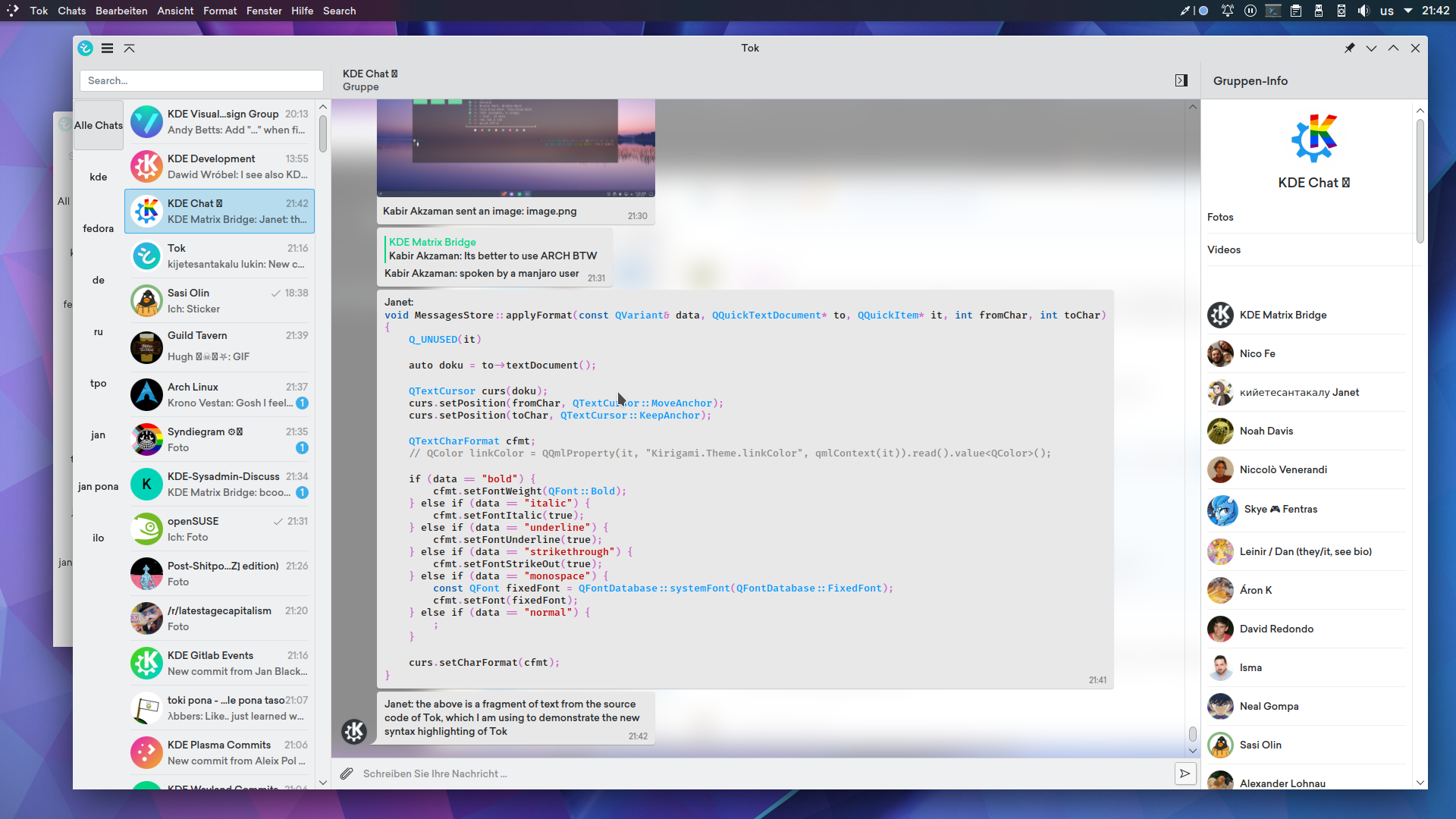 Tok has had many changes since the last time I made one of these blog posts, the biggest one being that code blocks are syntax highlighted! 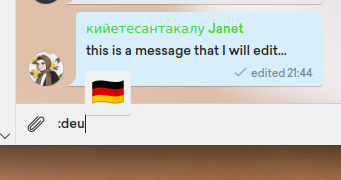 Tok now displays autocompletion for :emojis:, making the process of typing in emojis much more seamless.

Tok now indicates when a message has been edited by the sender. 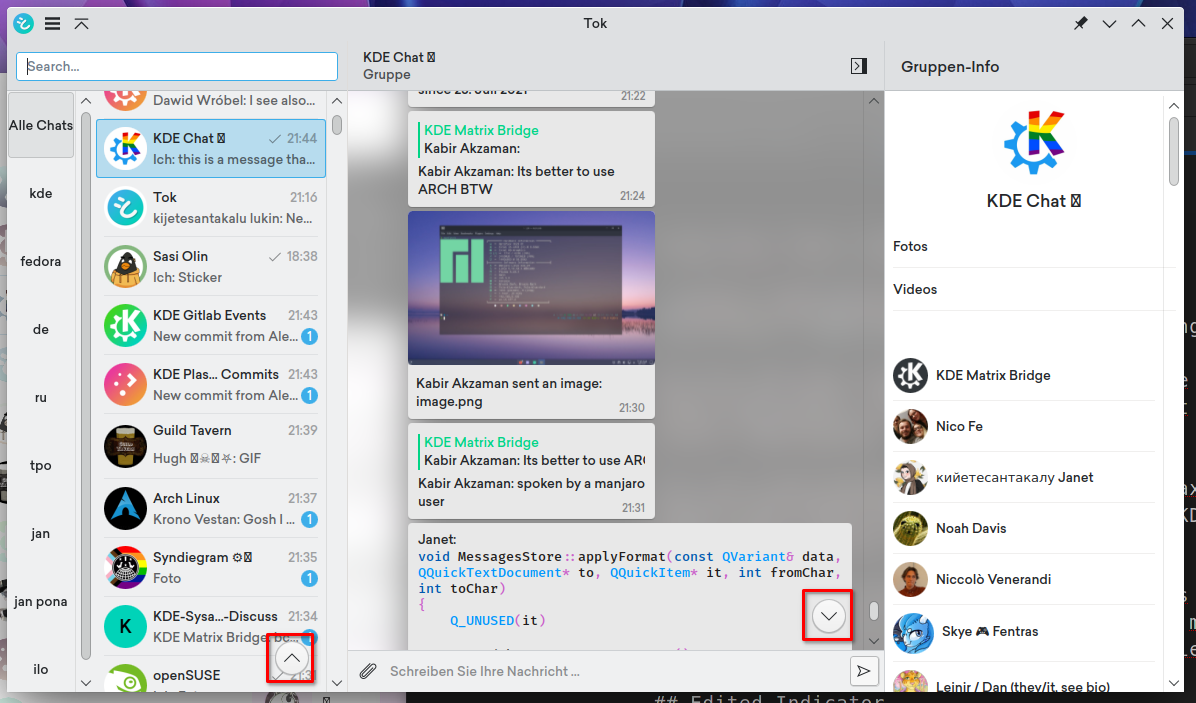 Tok now has buttons that allow you to hop back to the start of various views, such as the chats list and the messages view. 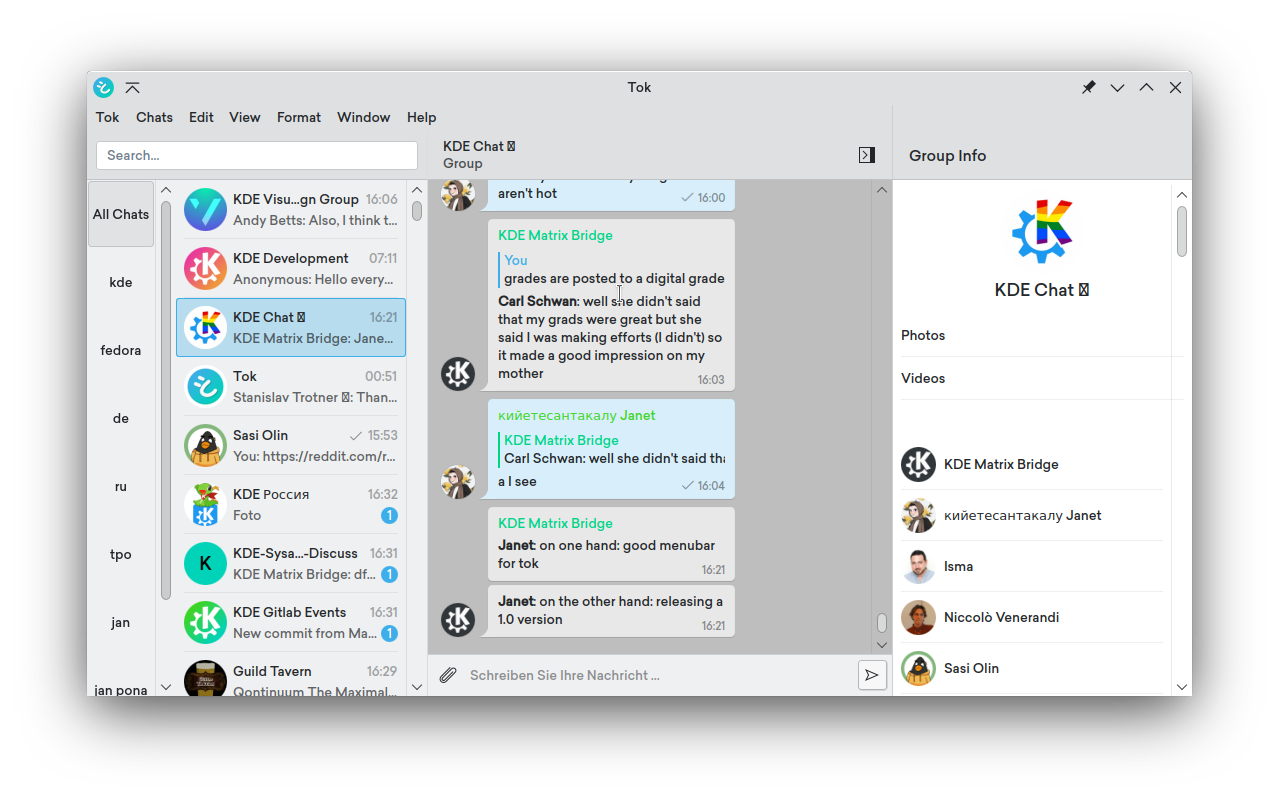 Tok's in-window menubar now has various improvements, such as using the colour of the rest of the header area, as well as the right sidebar respecting the menubar's appearance. 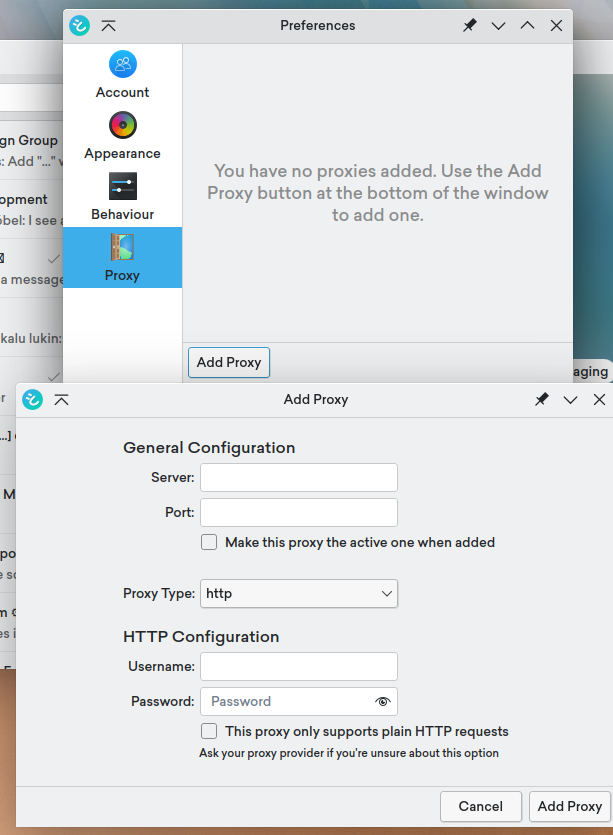 And in true anticonvergent fashion, Tok has a dedicated mobile UI for proxies instead of simply using the desktop UI on mobile or the mobile UI on desktop. 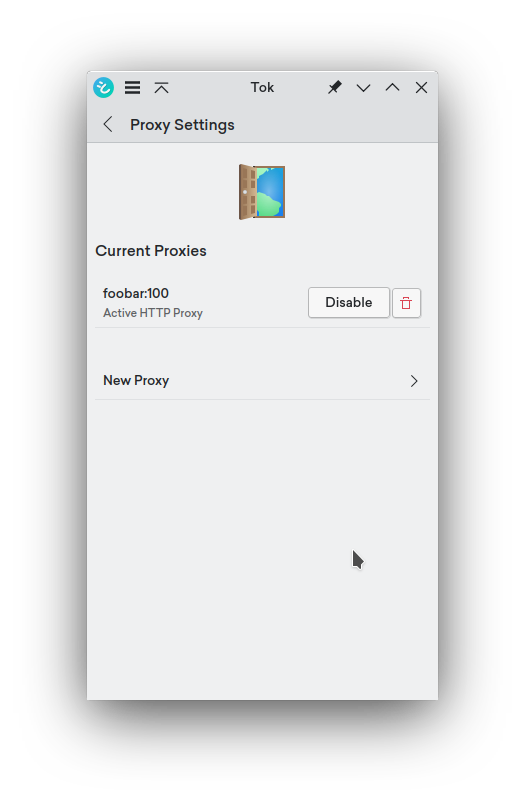 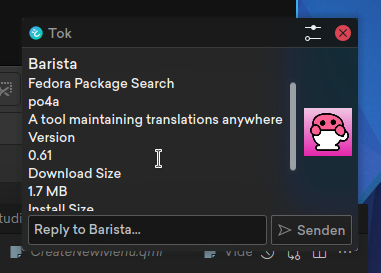 Tok notifications now display more information about the message, support more message types, and display the profile picture of the chat you're receiving the notification from.

Tok now renders mentions as links that display the user's profile when clicked.

Tok's startup time has been optimised by a few hundred milliseconds.

Tok no longer resets the scroll position of the chats list whenever chats are moved.

Formatting is generally less buggier, and message formats better match how they're supposed to look.

Tok can be built from source from https://invent.kde.org/network/tok.

There's a Telegram room for Tok available at https://t.me/kdetok, where you can come on and chat about anything Tok related, such as asking questions on using or building Tok.

Interested in contributing? Come on by the dev chat and say hello!